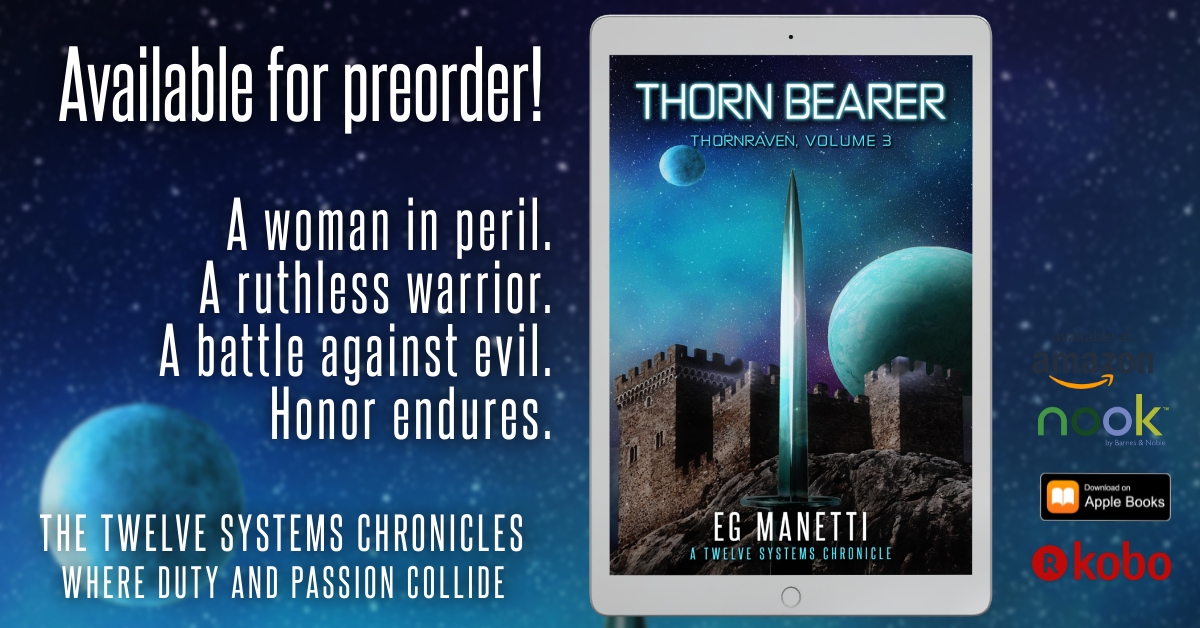 The epic conclusion of the Twelve Systems Chronicles has all the battles, intrigue, and passion readers have come to expect. Plus, so much more!

Four years ago, Lilian left the First System ruined, indentured, and in peril of execution. Now as the Nightingale flies toward the Thirteenth System, she returns to the glittering spires of Pinnacle City, triumphant and soon to be consort to the ruthless and powerful Lucius Mercio. With her dreams within reach, she discovers disturbing clues to the identities of the despoilers, a vile sect bent on returning the Twelve Systems to bloody anarchy. Beset by ominous prophecy and dire Guild revelations, Lilian must set aside her desires to accept a thorn bearer’s duty—a quest to uncover the leaders of these ancient adversaries of order.

With his cartouche and cartel weakened by his kinsman’s betrayal, Lucius must let Lilian complete her quest alone. Resolved to protect her from afar, Lucius will utilize every resource at his command. But even his considerable shadow may be too small to save her from a web of deceit and corruption that exceeds their worst imaginings. With their enemy’s reach far greater than they feared, Lucius must race to forge new alliances and exploit old ones before the Despoilers lay waste to the Twelve Systems.

In the uncharted expanse of the Thirteenth System, Lucius and Lilian will risk all to defeat the forces of darkness.