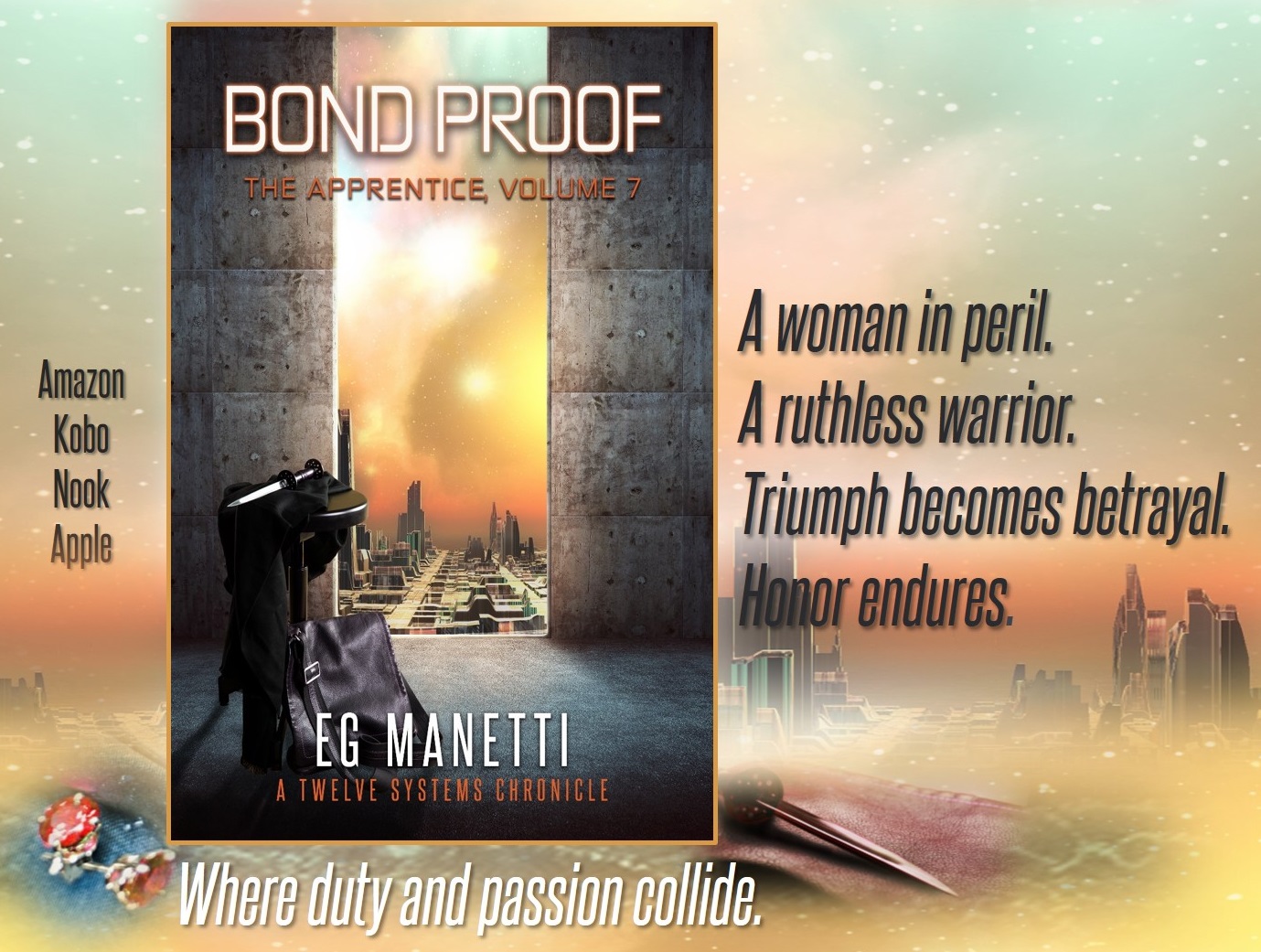 Lilian is within a month of proving her bond, driving desperate Odds Managers to ever increasing bounties on her life—every step beyond the security of the cartel is perilous. Within the cartel, she must put aside her fear, giving all her attention to her duty and the decorum demanded of an apprentice.

The success of the Nightingale launch has brought Lucius and Serengeti into the center of Twelve Systems commerce. As the Nightingale Command Crew is gathers on Metricelli Prime to prepare for the dangerous voyage to the Thirteenth System, whispers of pirates emerge from the Eleventh and Twelfth Systems. A decade before, pirates almost to toppled Serengeti, their reemergence so close to the Nightingale launch endangers all Lucius has achieved. When a group of free-traders arrive from those distant systems, they threaten to resurrect an ancient Mercio scandal that could undermine the honor of Blooded Dagger and Serengeti, and imperil all Lucius’ values.

In the final days of Lilian’s apprenticeship, danger lurks in every shadow. It will require all Lucius’ power and Lilian’s courage to achieve her bond proof.