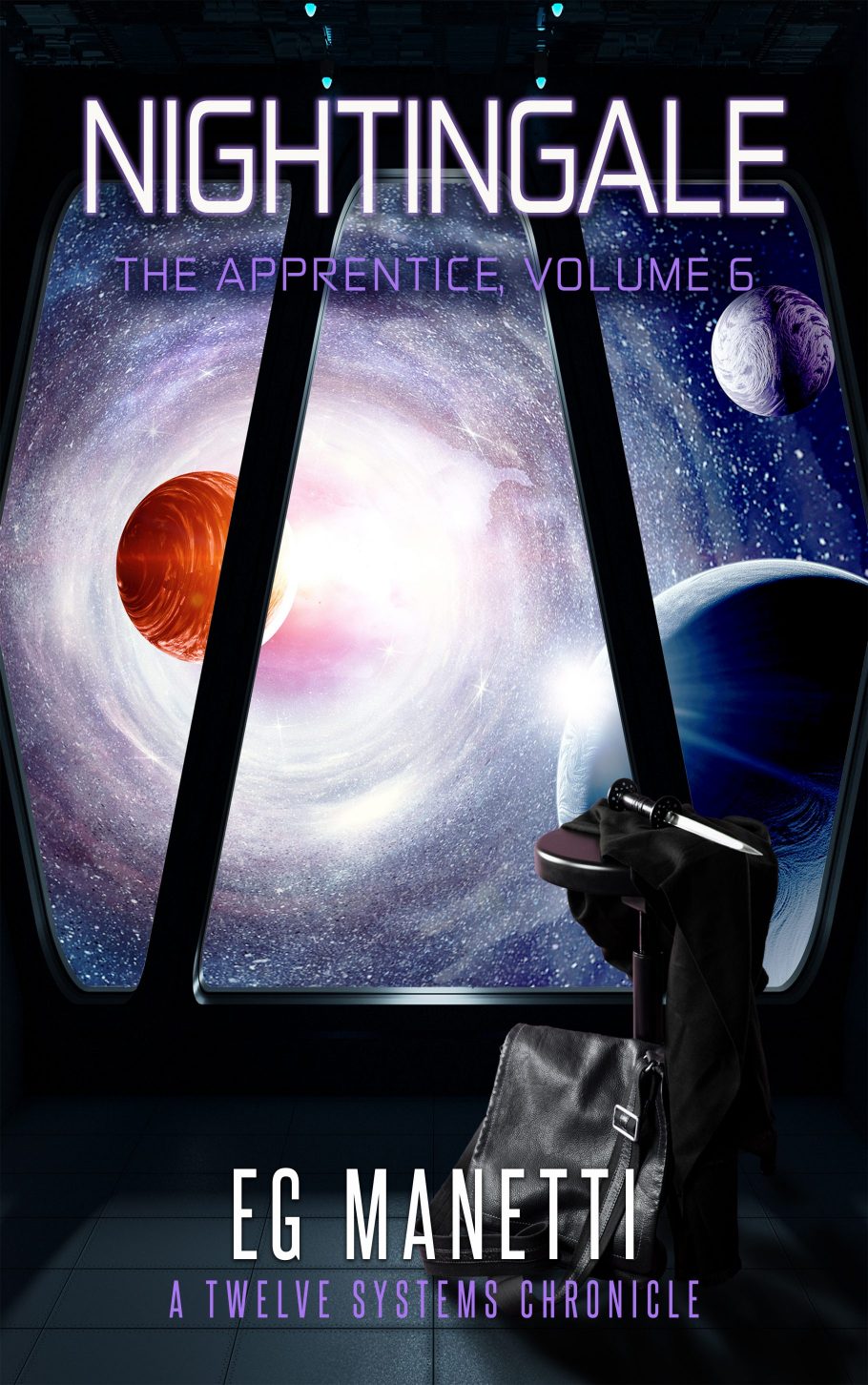 “Whore of anarchy’? Impalement?” Milord scrolls through the queue. “Entrails devoured by crevasse-crawlers? Who sent these?”

“I know naught, milord. They are anonymous. Do I find aught of a credible threat, I will turn it over to Mr. Stefan.”

“Credible?” He sets aside the slate to capture her wrist. “How many have you received? How many were credible?”

“For the past year, there have been naught but two or three each sevenday.” Lilian searches milord’s expression and finds more concern than anger. “None were credible. Since the battle, they have increased, and several were alarming.”

“Despoilers?” Milord tugs her into his lap. “You feared they came from Despoilers?”

“I dared not risk it,” she says, curling into him. “Most are naught but the hostile works of dark souls with no will or ability to act. But I have not had time to update the filters to seek evidence of Despoilers, so I have reviewed them all. As it happens, some appear to be from Newtonites.”

His arms tighten. “Whore of anarchy. I thought it familiar. What is this of filters?”

“When I entered the cartel, I lacked the bells to review them, but I could not ignore them. I developed filters to identify those with threats specific enough to be credible.”

“Sinead’s Keeper added shrine guards to Maman’s escort after one. I transferred Katleen’s race training from the Garden Center to the River Quarter after another.”

Milord strokes her back. “At least now you can refer them to Mr. Stefan. But you should not review them at all. It is no wonder you cannot sleep.”

“I plan to update the filters on Seventh Day. I will add parameters for Newtonites as well as Despoilers. Even if the threat is not credible, Seigneur Trevelyan may wish to trace them to the source.”

“Turn your filters over to Trevelyan and have one of his operatives update them. They can update the filters on the governors’ alerts at the same time. I doubt the Newtonites will be aught but a bad jest in another two sevendays, but any hint of a Despoiler must be investigated.”

Raising her face to his, she nods. “As milord wills.”

His lips are tantalizingly close, a mere fingertip from hers. His hand slides from her back to her hip and lower. His mouth descends and teases along hers in a gentle kiss. Lilian’s eyes drift closed as her hands encircle milord’s neck. The delicate becomes insistent, his tongue dancing at the seam. She parts her lips, inviting him in, senses swimming under the sensual onslaught. Milord turns Lilian in his lap, freeing one large hand to roam her from thigh to breast, warming her flesh and firing her blood.